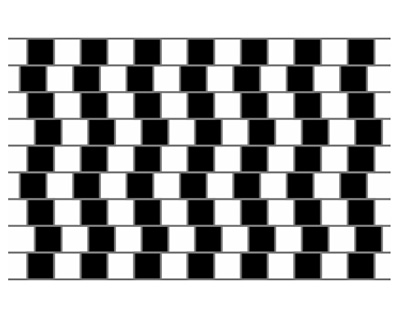 Moreover, the limitation in the reaction between the two neurons projects slopes on the straight line. The slopes are in opposite directions according to the dimmed and brightened areas. Hence, you see the straight lines in this online optical illusion to be wavy.

This Psychological Article on Online Optical Illusions is part of Boomer Yearbook’s continuing series of out of the box suggestions on how to alleviate elderly problems and keep our brains young. We believe knowledge is power. We’d love to hear what you think.