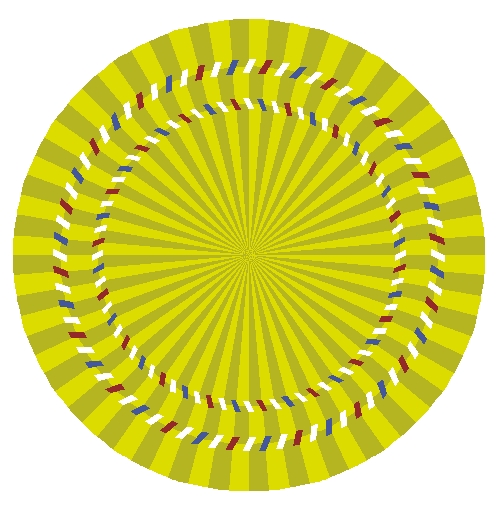 The trick to making this online optical illusion appear to be moving lies in the rivalry between the two retinas of the eyes. The focus keeps fluctuating from one color to another due to the rivalry creating a motion from one color to another; thus making the circles appear to revolve. Additionally, the contrast of the yellow and gray backgrounds also aids in producing the revolving effect in this online optical illusion.

This Psychological Article on Online Optical Illusions is part of Boomer Yearbook’s continuing series of out of the ordinary suggestions on how to alleviate elderly problems and keep our brains young. We believe knowledge is power. We’d love to hear what you think.