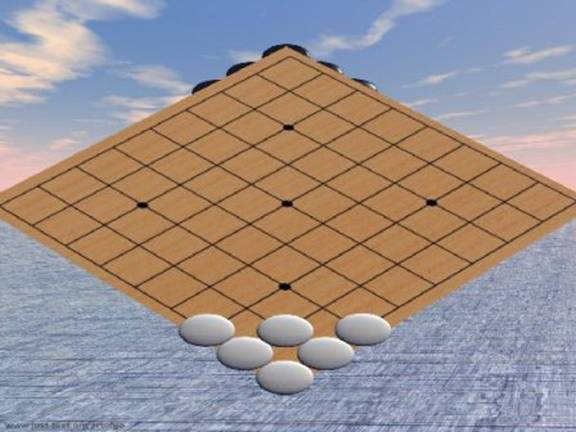 An example of a common online optical illusion that follows this principle of visual elements is the double-sided checkerboard.

How do you explain this online optical illusion?

• First, let us consider the lower half of this online optical illusion. You notice the seven white dots and the background then you relate it with prior visual data stored in your brain. You perceive this image in relationship with some objects placed on the edge of a plane surface. The background, which looks like some solid material on the ground, also aids in your perception that the checkerboard is on the ground and the white dots are placed on it.

• Second, in the upper half of this online optical illusion, the six black arcs are placed as if they are on the edge of a shelf. Moreover, the sky as background projects the checkerboard as floating in the air.

• When viewed as a whole image, you are unable to understand the number of sides of the checkerboard in this online optical illusion.

The Psychological Article on Online Optical Illusions is part of Boomer Yearbook’s continuing series of out of the ordinary suggestions on how to alleviate elderly problems. We believe knowledge is power. We’d love to hear what you think.